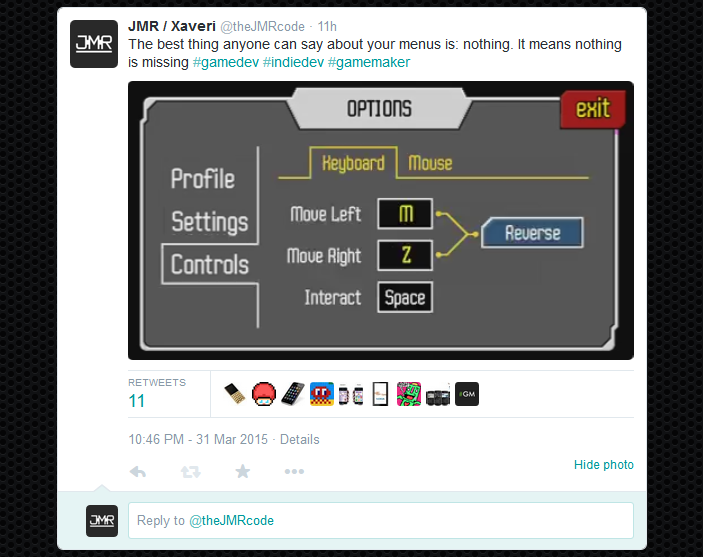 This is what articles call an “action shoot”. Menus, really interesting stuff huh?

I guess this stuff takes time and sometimes luck. Some developers have commented that their post got re-tweeted by some high profile Twitter account and that greatly increased their followers. But all of this feels so empty sometimes. I don’t use Twitter to socialize, so maybe that’s why it feels empty. I see it as a tool for marketing. Hopefully one day I’ll have enough followers to use it as a way to reach fans and connect with them.

That’s why I don’t use Twitter or Facebook as a way of expressing what I feel. I only post objective stuff about the game. This blog is the closest there is to publishing my opinions about anything online. I’m just not wired to write my opinion about anything on a public forum, mostly because I often feel like “Who cares?”. But social media proves that a lot of people actually care what other people say.

So I for now I’ll keep “tweeting” and posting and sharing. I hope time proves me wrong.